You are here: Home About us

A tradition of excellence

Quest Personnel was established in 1987 in Melbourne, Victoria as a full service permanent and temporary recruitment firm. Within five years, Quest grew to become one of the largest firms in our industry partnering with and supporting some of Australia’s most well-known corporations. Major projects Quest were involved with in its earlier years include establishing one of the first outbound high-volume call centres for Telstra Corporation, a high volume workforce of specialist phone interpreters for Centrelink and an expert network of data analytics contractors for the Victoria Police all on a national scale.

Within a five years of commencing operations, Quest Personnel expanded to over fifteen locations and over 8,000 on-hired and full-time employees nationally, our brand became well recognised and was synonymous with quality and excellence in specialist temporary and contract staffing. In the year 2000, Quest Personnel was acquired and subsequently moved out of the industry. Eight years on, the business was re-established by the original owner carrying the same brand, the same name and the same core tradition of excellence in recruitment the business was built upon.

Quest Personnel specialise in providing an exemplary, cost effective permanent and temporary recruitment service in each of our key industries. We are also able to provide a range of additional services related to the industry including payrolling, workforce management, rostering and executive search services.

Employers will engage Quest Personnel when they have a permanent vacancy they cannot fill on their own or when they require a higher calibre temp or contractor with a specific skillset who fits their business culture and aligns with its values. Drawing on 30 years of recruitment experience, we partner with businesses to understand their ethos and introduce staff who can add genuine value.

Who do we recruit for 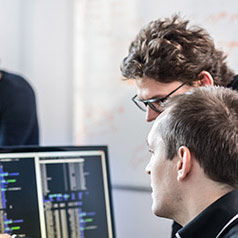